Fauna of the Park

All the typical animals of taiga zone can be found in the area: the elk, bear, lynx, wolverine, wolf, fox, marten, hare, squirrel, mink, weasel, ermine, small rodents: vole and shrew. The otter is rather plentiful in the Park. The wild reindeer is the jewel of the Park. On the Finnish side the southern-most boundary of reindeer population is in the region of Kuhmo. American mink – a stranger in the area – has adapted well in the Park. More rare are the muskrat and beaver. Typically Arctic animals can be also found here: Norwegian lemming and Arctic fox. No southern species have been detected here at all. 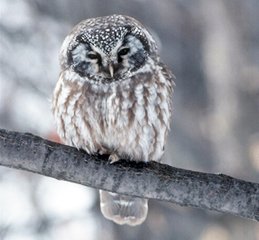 About 150 bird species inhabit the area and most of them breed here. Typical representatives of forest ecosystems are dominating. There are also Arctic and more southern species too. The latter usually nest on the southern slopes of large rocky massifs.

The most known of the eastern species is the red-flanked bluetail. It the last ten years it was noticed breeding in Oulanka National Park. A new-comer here is the alpine wagtail.

Bird fauna of the region includes species especially vulnerable to urbanization: the whooper swan, bean goose, grey crane, black-throated diver, goosander, capercaillie, etc. There are comparatively not so many species that inhabit fields and populated lands. There is a big diversity of raptors: among them the golden eagle, the white-tailed eagle and osprey, which are registered in all Red Books of Nature. Altogether 18 bird species are on the list of rare and endangered species. 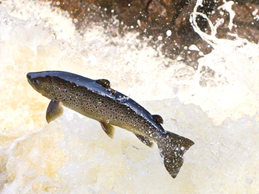 The lakes and river systems of the region are characterized by great depth, pure spring water, numerous rapids on the rivers, isolation of lakes from each other due to impassable waterfalls. Representatives of the salmon and whitefish species are encountered in most of the lakes and rivers here: the brown trout, arctic char, trout, whitefish, grayling. Of the common species there are perch, pike, roach and burbot. The smelt – a relict species, inhabits lake Paanajarvi. The bullhead and minnow are quite common here and serve as the main feeding base for valuable fish species. Oulanka-Paanajarvi-Olanga waters are the domain of the brown trout, which can grow to 10 kg and more. It is the most coveted trophy for the amateur fishermen in the National Park. The brown trout and arctic char in each lake grow to a certain size and weight. Sometimes dwarfish forms are sighted.

Lake Paanajarvi and some smaller lakes are home to relict crustaceous amphipods Mysis, Monoporeia and Pallasea. They are reminders of the Ice Age and the time when the lake was a bay of the White Sea.

Of the amphibians the frog is common in the area, the toad is rare. Reptiles are represented by viviparous lizard, the common adder is very rare.

The abundance of brooks and streams, shallow mires and ponds are conducive for proliferation of the bloodsucking insects: gadflies, horseflies, flies, mosquitoes and blackflies. There are just too many of them in the first half of the summer.

A large group of insects spends the larva stage in water. The caddis fly and mayfly are among them. Their species composition in the park is relatively poor.

Local conditions are more favourable for the coleopterous insects. There are many dead, semi-decomposed, old and fallen trees in the virgin forest which are essential for their reproduction. Most of the rare and endangered species are encountered in the over-mature forests.

Lush vegetation of Paanajarvi meadows unreachable for grazing reindeer attracts various plentiful insects especially those that collect nectar and pollen. They are accompanied by predatory and parasite species. The species composition of insects is very rich and in the most part insufficiently studied yet. The pre-war research testified of its great diversity.