Flora of the Park 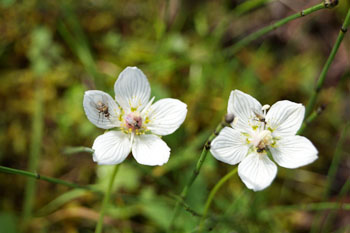 For more than 100 years the rocks and valleys of Paanajarvi and Oulanka area were a favorite destination for botanists. On the Finnish side rare plants can be found on dolomite rocks along rivers and on eutrophic mires. Southern plant species grow on the sun-warmed slopes, Arctic relict species — on the shadow northern ones. Ruskeakallio rocks on the northern shore of lake Paanajarvi are especially known as a habitat of such botanic rarities as Gypsophila, Draba, Potentilla nivea, Androsace and many others. About 600 species of vascular plants have been found in the territory of Oulanka National Park.

Paanajarvi National Park is a habitat of 623 species of vascular plants. It is much more than in the surrounding territory in North Karelia and even more than in Kostamukshski Nature Reserve (395 species) or in Vodlozerski National Park (425 species) although they are located to the south of Paanajarvi area. About 20 plant species found here have not been registered in other regions of Karelia.

Here one can find northern, southern and eastern species. Such abundance is due to exceptional geo-botanic location of this land in the watershed area of Maanselskaya highlands. Here the boundary of the middle and boreal taiga crosses the demarcation line between the Arctic and Atlantic communities of flora and fauna. The deep rift of the lake-river system Oulanka-Paanajarvi-Olanga serves as a natural route of migration and mixing of different communities. The process of mixing of species started immediately after melting of the ice shield 9,500 years ago and is still going on. Quite recently new species have been registered in the Park which before occurred only on the Finnish side. Many plant species uncommon for this region have been brought here in the course of agricultural use of the land, such as Phleum phleoides, Glechoma hederacea and others. Even in the sand quarry excavated 5 years ago by the river side of Nuorusenijoki new species have been found: Plantago, Rumex and Matricaria. Obviously they were brought by vehicles previously used on hay making fields.

In general the presence of many southern species is typical for this territory, such as Convallaria, Fragaria vesca, etc., which grow alongside such northern plants as Colutea, etc. Among numerous eastern plants there are Lonicera caprifolium, Aster sibirica,etc., western species: Isoetes lacustris, etc. It is possible to identify several locations with characteristic vegetation: spruce woods, mixed and pine woods, mires, flooded river and lake valleys, alpine tundra, rock ledges.

More than 70 species registered in the Red Books of Fennoscandia, Finland and Karelia are common here: Cypripedium calceolus, Lobelia dortmanna, Calypso bulbosa, and many others. 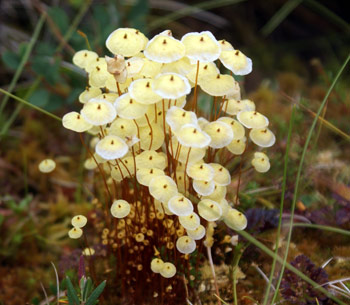 Like dinosaurs mosses lived on the Earth millions of years ago. Exceptional diversity of environment contributed to proliferation of bryoflora.

Almost 300 species of Bryosida mosses and about 100 Hepaticophyta mosses have been discovered in the area. 43species of the former and 15 of the latter are rare or endangered. There are 55 species of mosses more in Paanajarvi National Park than in the neighboring Oulanka National Park.

The continuing research to make a comprehensive inventory has already identified several rare species: Usnea longissima and Catillaria kivakkensis (Vain.) Zahlbr which are encounted only in Paanajarvi National Park. Lobaria pulmonaria (L.) Hoffm., which is rare in Western Europe, is quite common in the area. 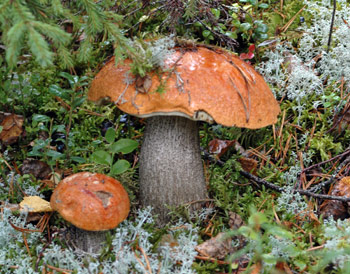 Decomposing fungi (Fomes fomentarius) are plentiful in the area of the Park due to abundance of old, decaying and fallen trees and large massifs of untouched forest stands. Some of them belong to rare species.